Was there ever really a “sugar conspiracy”? published in Science Magazine 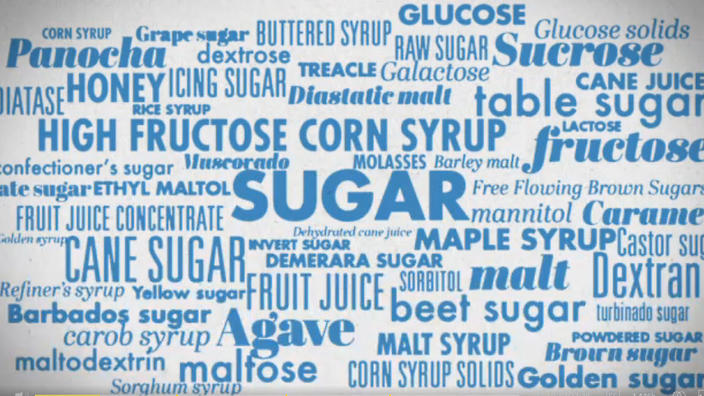 RESPONSE – Open Letter to the Editors of Science Magazine, a publication of the American Association for the Advancement of Science by Robert Lustig, M.D., M.S.L., Professor Emeritus, UCSF, and Wolfram Alderson, MS., CEO of the Hypoglycemia Support Foundation.

“Needle in a haystack”

An item that is very hard or impossible to locate.

In February of 1939, Jim Moran, “a folk hero in the P.R. business,” pulled a publicity stunt over the course of 82.5 hours, and conducted a search for the proverbial “needle in the haystack”. He finally found it “near the bottom and slightly to the left of center.”

When reading the article in Science Magazine (2/16/18) titled “Was there ever really a “sugar conspiracy”? authored by David Merritt Johns and Gerald M. Oppenheimer one might feel like a bit like Moran all those years ago – searching through a lot of hay to find a point. While the authors refer to their “study,” this is really an editorial, published in the Policy Forum of Science Magazine. While it attempts to elaborate on a history of nutrition research and offers lots of pontification, it is unclear that it offers either policy or science. Instead, it appears to critique the work of researchers, such as those at UCSF (Cristin Kearns, Laura Schmidt, Stan Glantz), who have painstakingly researched the inappropriate and undue influence of the sugar industry on science and scientists.

The editorial pursues several narratives, including: popular debates about sugar science; sugar and tobacco industry practices and intrigue; how nutrition science is funded and published; dietary policies; scientists who advocate for the public good versus those who work for industry; nutrition science covering one controversial macronutrient (fat) and one food additive (added sugar); and hypothesis of the cause(s) of heart disease.

This editorial leads with an oft-repeated headline in the controversy-laden nutrition field, and levies multiple assertions interspersed in a tall haystack of red herrings, innuendo, and straw men (attacking arguments that were not presented). The authors reference the science and studies of others, providing a list of “supplemental materials” to support their assertions; except there’s little or no evaluation of the quality of the science and the veracity of the evidence they are presenting – in fact, it appears the authors do not possess the scientific knowledge to understand the critique of the science listed in their citations.

On first pass, you might get the impression that the authors are on an honorable mission, defending scientific debate and public health discourse from hyperbole and conspiracy theories. But upon further analysis, intentionally or unintentionally, they appear to be exonerating an implicated scientist who let industry forge his arguments and who took money doing it. They appear to believe that Hegsted and Stare would have written exactly the same review with or without the sugar industry funding. Whether or not taking money from industry was the norm without declaration, it is difficult to imagine that this didn’t influence Hegsted and Stare — who dissected studies (using one standard) that implicated sugar, and concluded that there was only one dietary focus (using a separate standard) — changing fat and cholesterol intake — that would prevent coronary heart disease.

“Our study raises questions about how to assess the historical influence of special interests on nutrition science and policy.”

The authors believe special interests influencing nutrition science and health policy have been unduly called out and categorized – that the sugar industry and the scientists they paid were just doing what other sectors in the food industry were doing at that time, and that analogies comparing their practices, strategies and tactics to those of the tobacco industry is conjecturing and inaccurate – “overextending”. What makes this OK? The only sin of the sugar industry is that “they got caught”? In fact, every industry who has something to lose has engaged in similar behavior. Lead, alcohol, smoking, chemical pollution, air pollution, and now climate change. But because it is science, it takes scientists to recognize it. Perhaps because Johns and Oppenheimer are not sugar or nutrition scientists they don’t understand this? Or, should they, since the practice is so common across industries?

“Was there ever really a “sugar conspiracy”?”

Great question.  None of the scientists referenced in the article use the term “conspiracy” to describe the actions of the sugar industry. Rather, it was just “business as usual”. None of them are conducting “conspiracy research”. Only newspaper headline writers used the term to stoke the flames … like the authors of this editorial. They use the term, but place it in quotation marks without attributing it to a specific author, leaving the readers to assume that researchers (such as Kearns, Schmidt, and Glantz) have used it. This isn’t good science writing, to say the least. In the science field, it is sort of equivalent to shouting “fire” in a crowded theater.  Try and find one article or research paper in which these researchers use the “conspiracy” word. You won’t find it, because they don’t.

“…we believe that there is no good reason to conclude that SRF’s sponsorship of a literature review meaningfully shaped the course of dietary science and policy.”

This is the authors’ conclusion, which is their prerogative. However, they claim to have conducted a study (which we are interested in seeing). Meanwhile, why not consider the analysis of scientists who ACTUALLY have conducted a thorough and published study?

“…we think it is an error to demonize, almost as a reflex, scientists and their research when there is evidence of private funding.”

True. But, exactly who is being accused of demonizing?  Aren’t the authors accusing a group of notable scientists of demonizing — when in fact what these scientists have been doing is asking for — urging — transparency and ethics in contemporary nutrition science research?

The authors conflate the past with the present in their straw man argument. Yes, in the past, taking money from the food industry to conduct research without stating the conflict of interest was the norm, and today such practices today are purportedly discouraged. Unfortunately, as the exposé by Anahad O’Connor in the New York Times (2015), Aaron and Siegel in the American Journal of Preventive Medicine (2017), and Stuckler et al. in the Journal of Public Health Policy (2018) revealed,

the practice (of taking money from industry without reporting it) continues, and the sugared beverage industry has, in very recent history, been covert in widespread funding and influencing of scientists and professionals in the nutrition science field.

Great idea. Perhaps this is the job of the sugar industry, since the authors appear to support the false equivalency of industry sponsored research with that of academics who receive no industry funding? Ask any of these academics if their evidence about the sugar industry is lacking alternative hypotheses – they are constantly bombarded by propaganda campaigns leveled by the sugar industry attacking their evidence and hypotheses. The problem with these alternative hypotheses is industry can’t prove them – they don’t stand up to scientific rigor, and when they do try, the outcomes are obviously skewed. Dean Schillinger, M.D., Professor of Medicine, UCSF, looked at this question, and found very clear industry bias in evaluating studies of sugar and health.

“Our history also underscores the fallacy of emphasizing the machinations of one commodity sector when multiple food industries were deploying similar techniques of influence in the battle for market share.”

The authors state that it is a fallacy to look at the practices of one food industry sector while others are engaging in similar practices. So, following this logic, the U.S. District Attorney can’t prosecute one Mafia family if he/she doesn’t prosecute them all? Just because multiple sectors of the food industry may be employing the same tactics, it doesn’t mean examining any one sector with academic rigor is fallacious.

“…we believe recent high-profile claims come from researchers who have overextended the analogy of the tobacco industry playbook and failed to assess historical actors by the norms and standards of their time.”

Interesting assertion, but is it true? The authors refer to their study, but don’t provide any evidence this assertion is true. The scientists listed in the references of this article haven’t ignored history or tradition — they are, in fact, investigating and dissecting it. Within every branch of science there are practitioners of that science who take it upon themselves to defend the integrity and development of the science. If that is the intention of these authors, then they deserve credit for keeping the field on track. However, the authors’ most serious accusation is that scientists in the field are distorting history, overextending themselves, and employing hyperbole and “conspiracy” mongering. In the final analysis, lacking any real evidence from their own “study”, we must conclude that it is the authors of this editorial who are in fact overextending themselves.

“Historical investigations of “merchants of doubt” have been invaluable in showing that scientific uncertainty is sometimes the product of deliberate acts of deception.”

This is EXACTLY THE POINT. And if the authors had started with this premise, they never would have penned the editorial.

“As an endocrinologist who does research in this field, I am held to very high standards before publication. I am dismayed to find out that, contrary to their assertion, historians are held to a lower standard.”

“As a member of the public health community concerned with the explosion of metabolic diseases related to sugar consumption, I’m encouraged to see scientists and journalists advancing the science about sugar and uncovering the pernicious practices of the sugar industry – and dismayed to see these champions of nutrition science and public health labeled and downgraded as conspiracy theorists in journals committed to revealing scientific truths.”

We encourage readers to submit their own Letters to the Editor of Science Magazine highlighting these concerns: http://www.sciencemag.org/site/misc/editor.xhtml