Dor, Your Gifts Have Been Received 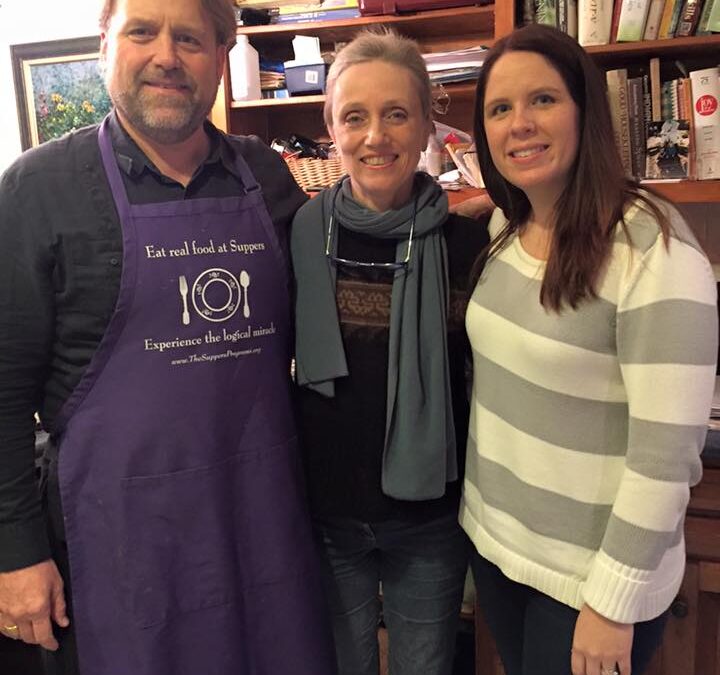 My mother was a poet and one of her many gifts, near the end of her life, was this simple yet powerful sentence:

“We come here to love and to learn.”

When I think about Dorothy (Dor) Mullen and her influence on my life, that sentence comes up.

I vividly remember meeting Dor. I had been invited by Peter Herz of FoodSystem6 to present with a gathering of thought leaders at a food systems conference in San Francisco, held August 18, 2015. When I entered the event space, there was a large conference table in the center of the room and the first person I noticed was Dor. I read energy or auras or whatever you want to call it, and Dor’s energy was off the hook. There was a seat next to her and I sat down…we instantly started chatting away and I was hooked in a matter of minutes, before the presentations began. Her spirit, her passion, and energy were infectious…anyone who knew her knows what I mean. 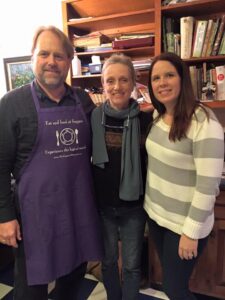 Dor gave her presentation, and I have to admit, if I had only seen the ‘academic version’ of The Suppers Programs being presented, I don’t think I would have gotten it. The Suppers Programs is amazing, but the best way to understand it is to experience it, because it is a “community model” and that means what it means! Nonetheless, I was intrigued, and I went and met with Dor before she left San Francisco. I realized I had met a Soul Sister! Six months later I joined with a colleague and another Soul Sister, Leslie Sutton Lee, a Registered Dietitian, to fly to New Jersey for a special facilitator training that Dor put together just for us. We stayed at Dor’s home and she introduced us to many of the wonderful people in The Suppers Programs inner circle. I wrote shortly thereafter that Suppers has discovered the Holy Grail of Lifestyle Change.

I wrote an article “It’s about Love” on The Suppers Programs website at Dor’s request and she also included it in her 2nd Edition of Logical Miracles. While Dor was meticulous in spelling out what The Suppers Programs is and how it works in her books and on the website, the one element – the “secret sauce” – that wasn’t spelled out, was the tremendous amount of love she poured into all she did, and the love vibrating and flowing through the community she inspired and literally and spiritually fed. It was everywhere, in Dor’s kitchen, in the recipes, in all The Suppers Programs practices, and in every member who participated.

At the time, I was busy building a national nutrition advocacy organization I founded with Dr. Robert Lustig. I have to admit though, the thought ran through my head of running away to New Jersey to just hang out with The Suppers Programs and to spend more time in Dor’s kitchen learning. Well, I know there are many of us now who know our job is to carry forward Dor’s work (now our work) and to spread the Suppers model around.

With all due respect to the citizens of the Garden State, The Suppers Programs should be shared and replicated throughout the whole world. There are over 100,000 Alcoholics Anonymous (AA) programs in 175 different countries, and over 60,000 in the U.S. alone. It is well-known that Bill Wilson, the founder of AA, toward the end of his life, tried to express how important nutrition was, since he himself suffered from reactive hypoglycemia. Since then, the connection between hypoglycemia and alcoholism has been well-established. Unfortunately, few paid attention to Bill, and some even mocked him. Dor did pay attention. Dor’s training (Masters degree in Addiction Counseling) was one reason she was able to see the fundamental blind spot in treating addiction – nutrition. Alcoholism averages between .05 to 5 percent of the population by country… but everyone has to eat, and we know that only 12% of the population is metabolically healthy (at least in the U.S.). So, I’m quite serious when I say there should be a chapter of The Suppers Programs in every community, or, at the very least, incorporated into community-based programs that are already out there (such as AA).

While developing an infographic on hypoglycemia for the Hypoglycemia Support Foundation, where I currently serve as CEO, I contacted Dor for a quote. It became the featured quote for the infographic:

“Congratulations, you may have received the gift of hypoglycemia. Because long before you get type 2 diabetes or heart disease, low blood sugar, also called hypoglycemia, sends you insistent warnings, like a “canary in a coal mine” while you still have time to save yourself. The gift messages take many forms: anxiety, depression, physical and mental fatigue, brain fog and cravings — all with the same greeting: ‘Change while there is still time.” Assuming you listen and act, it could save you a lifetime of suffering.”
– Dorothy Mullen, The Suppers Programs

The quote she provided was so typical of Dor and her whole approach to diet and lifestyle change: seeing the “gifts” in what seems to be a burden, seeing the root cause versus the symptoms, and flipping the perspective so you could see your ‘dis-ease’ as a blessing and not a curse – as long as you pay attention to it. When disease caught up with Dor personally, she practiced what she preached and took the “opportunity” to educate, producing dozens of videos inspired by her own process of dying while living life to the max right up to her moment of passing. That’s a tough act to follow as they say, but I don’t think I’m alone in the feeling that Dor left us all with a mission, inspired by her vision, and I’m going to do my best to fulfill it.

Another line my poet mother gave me was “Your gifts shall be received.” 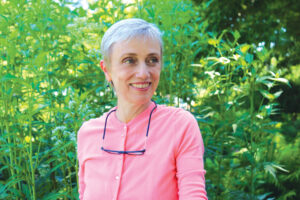 Learn more about The Suppers Programs, the organization and movement that Dor inspired here.